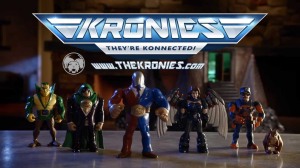 Let’s start by observing a correlation: Cronyism and lobbying tend to show up in the most regulated industries, not the least regulated. Finance in the US is heavily regulated–by no fewer than eight federal agencies–and the government protects and bails out big banks. Pharmaceuticals are controlled by the FDA, and the FDA often keeps smaller competitors out of the market. Whether a sports team can build a stadium is practically controlled by the city government, and team owners typically get a bonanza of special deals and subsidies from the city. Cronyism was virtually non-existent in the less-regulated tech sector, until the government pursued the anti-trust case against Microsoft. Now, Microsoft has a division in Washington D.C. for lobbying purposes. (Apple and Google now both lobby, too.) In general, retail stores are not very heavily regulated, and there’s not a significant issue of cronyism in that field. 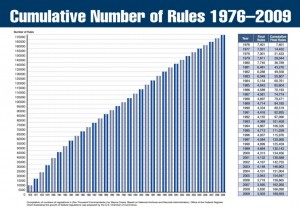 To understand why government regulation inevitably breeds cronyism over time, imagine you’re a regulator. One of the qualifications for your job is a strong knowledge of the industry you regulate. So you probably worked in that industry for a number of years, and have some friends and connections in the industry. Now when one of your friends comes to you and says that this regulation, or that “possibly unethical” company is really hurting his company, you are put in a position of subtly favoring his company or possibly harming your relationship with your friend.

But now, let’s say the government puts in strong controls against conflicts of interest, or you are someone with the iron will to resist temptations like the above. There is still a very strong pull to cronyism for you. Why? Well, as a regulator, you believe that your control of your industry is critical to its safe, responsible, ethical and smooth operation. In short, your control is responsible for making sure your industry operates well. If you believe this, then you believe that anything that threatens your control of the industry threatens other people’s well-being and your own job security.

If you lose control and things change in your industry in ways that the legislature or other powerful people don’t like, you could be accused of negligence and removed from your job.

When new companies come into your industry with new people, new ideas, and new ways of doing things, your control of your industry is threatened. You haven’t developed the relationships with the company executives to know whether they will “play ball” with you. You haven’t developed standards to evaluate the new processes. You think that any disruption in your industry could severely damage the “public interest,” (whatever that is.) So you are hostile to revolutionary technologies and radical innovations. You regulate strongly in favor of large, established companies that have well-known people and well-known ways of doing things. You subtly let your preferred companies know that if they do what you want and don’t make trouble, you’ll help them get some things they want.

This is how government regulation inevitably leads to cronyism. Some people will now look at your industry and say that you are in the pocket of the big corporations. You as the regulator have been “captured by big business interests.”

The solution to this situation is to not have regulators like this–that is, to free up markets. When the government is constitutionally restricted to merely being an arbiter that protects people’s rights against physical force, theft and fraud, it can be impartial. If the government is not empowered by the people to manage and maintain industries, government officials have no capacity to favor one company over another. They can’t “pick winners and losers.” Any attempts at cronyism would be obvious–as well as unconstitutional–and anyone involved could easily be caught and impeached for corruption.

Markets can and do function very well without intrusive government regulation. The market for electronics is an excellent example. “Disruptive” innovations bring huge improvements for consumers and falling prices, not chaos and destruction. The industries where everyone complains about high prices, poor service and cronyism are generally the ones that are heavily regulated, subsidized, or that have to deal heavily with government-run infrastructure: health care, pharmaceuticals, cable/telephone, finance, housing, education, etc.

Freeing markets from regulators will not only put an end to cronyism, but enable more innovation and increase competition, leading to great improvements in goods and services, (higher quality and/or lower costs.) This would hold true whether the market is education, health care, or any other field of production. (See: Why Healthcare in the US is So Expensive, and What Can Be Done About It and Education in a Free Society.)

Why Socialism is Always Oppressive, Dictatorial and Corrupt

Socialism and Welfare vs. Justice: Why Inalienable Private Property Rights are Required for Justice

Wealth is Created by Action Based on Rational Thought