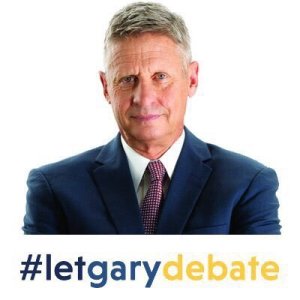 What I want to see presidential candidate, Gary Johnson, say to those who supported Bernie Sanders in the Democratic primary:

So Bernie Sanders and I mostly agree on what are generally called “social issues.” We both support gay marriage, drug decriminalization, the right of a woman to choose abortion, etc. Where we differ is in what is generally called “economic policy.” Bernie wants more taxes and regulations on “millionaires and billionaires.” He says that large gaps in income and wealth are “wrong, immoral, and not what America should be about.” But why? When someone makes more money than I do, and he does it honestly, without stealing and without government favoritism, I say “Good for him” or “Good for her,” not “How dare that person be rich; I’m gonna cut that bastard down to size with taxes and regulations.”

But high inequality is inherently bad economically, you say? It contributes to stagnation? There’s no good reason to think so.

Studies that supposedly show that higher inequality reduces growth generally find tentative results that are very susceptible to the authors’ biases. They generally tend to ignore the fact that there are different kinds of economic inequality that there is strong theoretical reason to believe have very different impacts on growth. For example, there is the sort of inequality that results from government favoritism, as in the Saudi royal family and the Russian “oligarchs,” and the sort of inequality that results from free and voluntary trade, as in the case of Steve Jobs and Bill Gates.