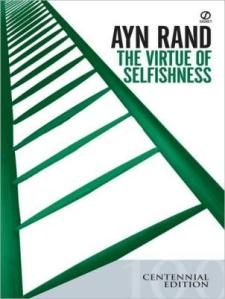 In The Virtue of Selfishness, Ayn Rand wrote,

Just as the pleasure-pain mechanism of man’s body is an automatic indicator of his body’s welfare or injury, a barometer of its basic alternative, life or death—so the emotional mechanism of man’s consciousness is geared to perform the same function, as a barometer that registers the same alternative by means of two basic emotions: joy or suffering. Emotions are the automatic results of man’s value judgments integrated by his subconscious; emotions are estimates of that which furthers man’s values or threatens them, that which is for him or against him—lightning calculators giving him the sum of his profit or loss.

But since the work of man’s mind is not automatic, his values, like all his premises, are the product either of his thinking or of his evasions: man chooses his values by a conscious process of thought—or accepts them by default, by subconscious associations, on faith, on someone’s authority, by some form of social osmosis or blind imitation. Emotions are produced by man’s premises, held consciously or subconsciously, explicitly or implicitly.

Man has no choice about his capacity to feel that something is good for him or evil, but what he will consider good or evil, what will give him joy or pain, what he will love or hate, desire or fear, depends on his standard of value. If he chooses irrational values, he switches his emotional mechanism from the role of his guardian to the role of his destroyer. The irrational is the impossible; it is that which contradicts the facts of reality; facts cannot be altered by a wish, but they can destroy the wisher.

Here Miss Rand is referring to the specifically human form of emotion. But let’s start with the most basic form in which emotions manifest: in non-human animals.

END_OF_DOCUMENT_TOKEN_TO_BE_REPLACED 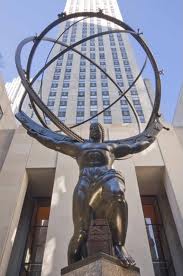 Imagine you could genetically engineer a creature, and you chose to omit a brain, opting instead for local controls that cause each part to do whatever it does, while generally ignoring the state of the other parts. Would this creature be an effective actor in the world, capable of sustaining itself by its own action? I think you would find that it would die pretty quickly, because each part is pulling in a different direction, without any coordination between the parts.

Such would tend to be the fate of a large business without the central control of a chief executive. He/she along with other executives, serves as the “brain” of the company. He provides the overall direction of the company and works to keep its parts coordinated to accomplish major goals. Without executive guidance, the decisions and goals of the various departments would often conflict. (1) The body manufacturing division of a car company, for example, may think that the company should be producing more sports cars, and start shifting its production to sport car bodies. But the engine manufacturing section may think that vans and SUVs are on the rise in the market, and so start shifting production to big-block engines for trucks. The mismatch between the vehicle bodies and engines will waste resources and stop the company from selling as many vehicles to dealers as they otherwise would.

What is needed to avoid such problems is a party to provide overall direction and coordination to the company. This role is filled by the executives, especially the CEO.

For a CEO to guide the company effectively in a free market, he needs to have a great deal of knowledge about his industry, past and present. This knowledge, along with an active, creative mind, is necessary so that he can have a viable vision for the future of his company. He also has to have a solid grasp of the organization, attributes and capabilities of his company. He has to keep all of his company’s moving parts in mind as he makes crucial, high-stakes decisions. One wrong decision can doom the company and cost him his job, potentially making him unemployable as a CEO in the future. A series of right decisions can make the company very successful and very profitable. Being a CEO is hard, stressful, mental work and involves very long hours.