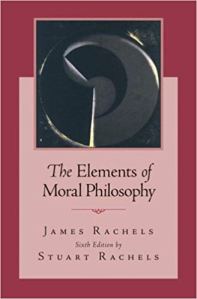 Many college philosophy classes today discuss ethical egoism. Many take as their main source the work of James and Stuart Rachels, in their book, The Elements of Moral Philosophy. The main philosopher referenced in the Rachels’ discussion of ethical egoism in Elements is Ayn Rand. But their account of Ayn Rand’s Objectivist ethical theory and their arguments against it are problematic. Their account of her theory is not entirely accurate, and their arguments against it miss important considerations.

Here, I will look at how they present ethical egoism, including the arguments they present for and against it. Where appropriate, I’ll use this discussion to show how their conception of Ayn Rand’s theory is faulty. (After this point, I will refer to “Rachels” in the singular. The reader can take it to refer to whichever Rachels is responsible for the essence of the content.)

[Ethical Egoism] holds that our only duty is to do what is best for ourselves.

This is not a good way to talk about Ayn Rand’s ethical theory, because Rand doesn’t accept moral duties as legitimate. Rand only thought that there were moral obligations, not duties. This may seem like a minor issue of semantics, but it is actually a deeply revealing point about how Ayn Rand’s conception of ethics is different from most other philosophers’.

In the field of morality, a “duty” means a rule that one must allegedly follow, apart from one’s own interests or happiness. When we do something because we see that it will cause something else that we want for our own happiness, we do not call that “following our duty.” For example, if I work and earn money to buy a new gaming computer, my working is not following a duty. It’s doing something in order to get something else for myself. Or again, if I invest in a company to get a larger return on my investment later, we do not say that I am investing out of duty. If I help my wife because her happiness is important to my own, that is not following a duty, but doing something that improves my own life and promotes my happiness. I help her because I genuinely want to, not because I have a “duty” to.