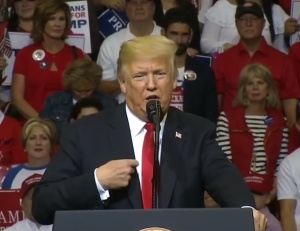 “You know what I am? I’m a nationalist.” — Donald Trump

Nationalism has been making a resurgence in the US, Europe and around the world in recent years. Even President Donald Trump, the most powerful leader in the world, declared himself a nationalist.

But what is nationalism? Is it a good thing, a bad thing, or can it be either? In this essay I’ll explore what nationalism means, what its different forms are, and why it’s bad. I’ll discuss how nationalism is different from individualistic patriotism and from merely being an advocate for the nation-state form of government. Both of the latter can be good.

loyalty and devotion to a nation…especially: a sense of national consciousness exalting one nation above all others and placing primary emphasis on promotion of its culture and interests as opposed to those of other nations or supranational groups

More precisely, nationalism is an ideological commitment to one’s nation as an end in itself; that is, a commitment apart from one’s own interests and above any commitments to other groups. It is the idea that one must serve the interests of one’s nation, apart from the effects of this service on one’s own life, or on other groups like humanity as a whole. Thus, nationalism endorses the nation-state as the proper form for government to take, and the “nation as a whole” as the ultimate source of moral-political sovereignty. If you’re committed to a nation for some reason other than the “good of the whole nation” as an end in itself–say if you’re a mercenary being paid by it, or if you think the nation is otherwise good for you personally–you are obviously not a nationalist for it, and no one would call you one. So the question of whether you are a nationalist or not is not just a question of whether you’re devoted to a nation or not. It’s also a question of what you aim to achieve by being devoted to a nation. The nationalist does not aim to achieve anything beyond some vision of the “good” or “glory” or “prestige” of the “nation as a whole.”

Nationalism is often contrasted with localism and globalism. Localism, in this context, is the idea that the population of the local city-state, county, or feudal estate is the proper end in itself. It thus implies that local government should be politically independent, with sovereignty stemming from the local populace as a collective. Globalism is the idea that all of humanity should be served by individuals, and thus implies that all of humanity is collectively sovereign. One worldwide government is the appropriate expression of globalism.

The basic idea of nationalism was well expressed in a strong form by Adolf Hitler:

“It is thus necessary that the individual should finally come to realize that his own pride is of no importance in comparison with the existence of his nation; that the position of the individual ego is conditioned solely by the interests of the nation as a whole; that pride and conceitedness, the feeling that the individual … is superior, so far from being merely laughable, involve great dangers for the existence of the community that is a nation; that above all the unity of a nation’s spirit and will are worth far more than the freedom of the spirit and the will of an individual; and that the higher interests involved in the life of the whole must here set the limits and lay down the duties of interests of the individual.”

“By [Nazi idealism] we understand only the individual’s capacity to make sacrifices for the community, for his fellow men.”

(For references, see Chapter 1, Footnote 1 of The Ominous Parallels, by Leonard Peikoff.)